Experiencing the Culinary Influences of Jacksonville 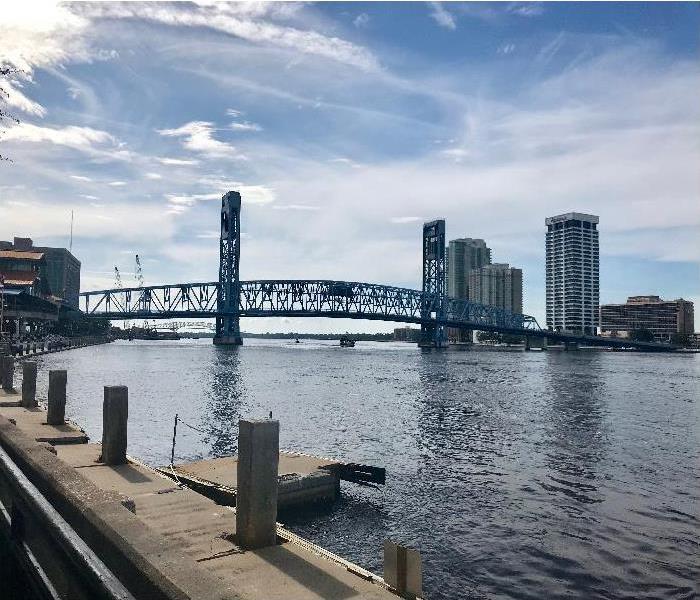 If your commercial property experiences a mold infestation call the experts at SERVPRO!

A Diverse and Delicious Assortment of Cultural Influences and History Have Shaped the Traditional Cuisine Offerings for Jacksonville.

From its earliest records, the Jacksonville region has played host to many different countries and rulers, ranging from the French and Spanish to Britain and the United States. Each of these occupants would influence the cuisine and culture of northern coastal Florida.

The Cultures That Shaped Jacksonville
As with everywhere in the United States, Jacksonville began as territory belonging to the indigenous inhabitants before settlers and Europeans moved into the region. Records indicate French settlements started in the area as early as 1562 and would soon change hands to the Spanish, who spent two centuries converting natives to Christianity. Ultimately, they would relinquish Florida territory to Britain to keep Havana under their control after the Seven Years War.

Though Britain owned the territory for a couple of decades, Spain regained control until 1821. Spanish residents' presence influences cuisine in the area forever and infuses the dishes prepared here with spices uncommon to American colonies farther up the coast. The development of the region towards (and following) the Civil War years would cement the cuisine of the south overall but would also be the final piece in creating the unique flair that finds its way onto the plates of Jacksonville restaurants.

Classic Dishes That Are Unique to the Area
Utilizing some of the produce and fruits sourced locally, you can find many of the dishes and treats that have put Jacksonville's cuisine on the map. Seafood dishes play the most significant part in the fresh and daily creations for menus across the city. These have even started to be foundations for street eats seen in the city's busiest areas where food trucks frequent during the lunch and dinner periods of the day. Fish tacos and protein bowls provide a fast and quick bite for busy pedestrians.

Jacksonville's real unique statement in the country-wide food scene is its blend of the cultures from its earliest settlements. For example, a sandwich known as The Camel Rider has become a staple and nationally recognized offering since a write-up about the dish in the New York Times. The combination of a pita base stuffed with cold cut meats and Italian dressing blends several of the heritages, including Spanish and British influences, in one iconic sandwich that has been on menus throughout the city as early as 1972.

Where the Sea Meets Southern Comforts
Fish has always been one of the most sustainable resources of the region, and boats are out every day working to bring in new loads of local species of fish. Seafood remains a staple of many of the dishes created for restaurants here in Jacksonville. It comprises many of the most readily available types of fish in the rivers and ocean abutting the city. Ports are teeming with fresh catches, and many companies work to get these freshly caught proteins to the kitchens of restaurants across the city long before the lunch menus roll out for the afternoon. Some of the densest populations of fish surrounding Jacksonville include:

Dishes and service with Southern charm are also staples of what you can expect to find in Jacksonville. A commitment to maintaining that relaxed atmosphere and divine comfort foods has produced a profitable restaurant niche for many entrepreneurs in Northern Florida. In the city, places like Sweet Mamas Southern Homestyle Cookin', Ida Claire, and Soul Food Bistro serve you up authentic, heaping portions of southern hospitality and starch-fueled delicious dishes.

Locally Sourced Means Fresh at Your Table
One of the advantages of having a climate that can be agreeable to year-round vegetation and harvesting cycles, like Jacksonville's subtropical conditions, is how readily available fresh food becomes. Unlike northern areas of the country that rely on stored goods or southern states' production for fresh vegetables, fruits, and seafood throughout the year, JAX is flush with fresh foods in every season. This has become a point of pride for the cuisine in our area of Florida, allowing us to support local providers without a need to stockpile in restaurants.

A positive outcome from local farms and orchards' ability to provide consistent foods and products to the region is the influx of farm-to-table restaurants appearing throughout inner-city Jacksonville and its surrounding areas. Because of the growth in popularity for gluten-free, vegan, and vegetarian dishes, locally sourced and organic foods have become more vital to the area than ever before. This style of cuisine relies heavily on fresh, crisp components on the plate.

Removing Mold Threats from Jacksonville Restaurants
With our position against the Atlantic Ocean and rivers, streams, and marshlands throughout the region, mold is an ongoing threat for coastal Florida businesses and homes. Mold cleanup in restaurants of Jacksonville involves several direct practices beginning as soon as a microbial threat gets recognized. For business owners unsure of the presence of mold colonies in the restaurant, we can offer environmental testing to surmise the concentration of mold spores and the likelihood of active colonization and health hazards.

In restaurants, the presence of mold must get met with urgency as this microbial threat impacts an eatery's status with the local health department, state guidelines, and their customers' wellbeing. Our SERVPRO team can help with several remediation strategies based on the impacted materials and the severity of hosting surfaces' degradation. Our Applied Microbial Remediation Technicians (AMRT), along with our general contractor license, can offer a combination of controlled demolition and abrasive cleaning strategies to remove the pressing threats mold colonies create.

With quickly installed containment and experienced repairs/controlled demolition, our SERVPRO of Jacksonville South team can help clean, deodorize, and repair your restaurant after unexpected mold growth. From our line of antimicrobial products to efficient strategies like soda blasting and sanding, our business is to get you back in business. Give our rapid response crew a call whenever you need us at (904) 762-8066.