Jacksonville Residents Get the Disaster Cleanup Assistance They Need 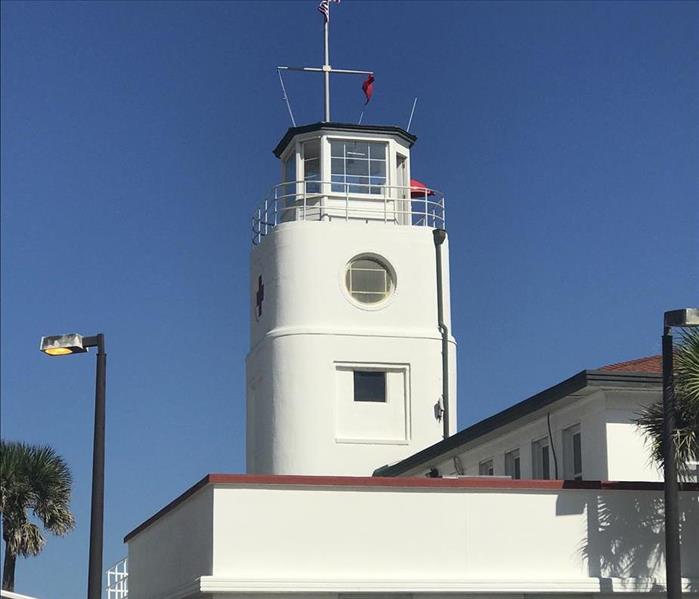 Jacksonville, lovingly referred to as “Jax” by locals, is a vibrant northeastern Florida community that also happens to be the largest by area in the continental United States. This city is home to over 911,000 people as of 2019 and is the largest city in the southern United States outside of Texas.

Before French and Spanish colonists settled the land in the 16th century, the Jacksonville area was home to the Timucua indigenous tribe. The Timucua is largely speculated to have assimilated into other nearby tribes in Florida and Georgia, including the Seminole. The Jacksonville area is one of the oldest inhabited regions in American history, a claim backed by Black Hammock Island archaeological findings dating back to 2500 BC.

Before the United States gained control of the area from the Spanish in the early 19th century, Jacksonville was hotly contested by the French, Spanish, and British. Each maintained its hold on the land for a time. After the U.S. laid claim to it, it was named after President Andrew Jackson, who was also the first military governor of the Florida Territory.

Today, Jacksonville is so massive that it is comprised of well over 500 neighborhoods, including:

While many areas were consolidated into Jacksonville’s portion of Duval County, four have kept separate municipal governments: Avondale, Riverside, Ortega, and Springfield, all of which are also officially registered U.S. historic districts.

A Conflagration in Jacksonville

Jacksonville’s Great Fire of 1901 started with a drought in a city made mainly of wood structures. Mere sparks from a chimney near the Cleveland Fibre Factory accelerated into a rapidly-spreading fire that destroyed homes and businesses alike. The flames were spread even faster by windy conditions and the wealth of dry, vulnerable wooden lumber.

Losses over a period of just eight hours included:

Claims circulated that evidence of this massive fire could be seen from as far away as Raleigh, North Carolina, and Savannah, Georgia. In the aftermath of the fire, martial law was declared by then-governor William S. Jennings. State militias established order so that reconstruction could commence.

Jacksonville’s rebuilding efforts for both residential and commercial structures were heavily inspired by early-20th century architecture trends, including the Prairie Style heavily associated with Frank Lloyd Wright. This aesthetic sentiment was incorporated into facilities like the Carnegie Library, the current City Hall building, and the Bisbee Building, all of which were designed by Henry John Klutho.

The fire’s disastrous spread also impacted Duval County’s record-keeping, especially when it comes to real estate. To this day, Duval County homes’ property deeds specify whether they were registered under the current or former public records for the county. A separate title firm reportedly keeps some pre-Great Fire records.

Jacksonville’s Cummer Museum: A Haven for the Arts

The Cummer Museum of Art & Gardens got its start showcasing Arthur and Ninah Cummer’s extensive private collection. They were prominent in northeastern Flordia, particularly Jacksonville, where they moved after marrying in 1897.

In the early 20th century, just over a decade after their marriage, Arthur took charge of his father’s lumber company. At the same time, Ninah led several community efforts, including volunteering for the Red Cross during the First World War and aiding relief efforts in the aftermath of Jacksonville’s 1901 fire. Mrs. Cummer was also president of the Children’s Home Society of Florida from 1910 to 1940.

Ninah Cummer’s final will laid the museum’s framework with the founding of the DeEtte Holden Cummer Museum Foundation in 1958, named in honor of her late daughter. Ninah donated most of the estate, including the Cummers’ luxurious English Tudor Revival home, to this foundation. However, the original property was not fit for use as a museum. The building that now houses the Cummers’ collection was designed by Harold Saxelbye, who incorporated elements from the original home into the museum itself.

On the property, guests can find:

How Can SERVPRO Deodorize Water-Damaged Carpet?

Your local SERVPRO is proud to number among Jacksonville’s premier water restoration companies with rapid-response mitigation and restoration services, including carpet cleanup and odor removal.

Carpet deodorization can be accomplished with a broad selection of EPA-registered solutions administered by the Institute of Inspection, Cleaning and Restoration Certification (IICRC)-certified technicians:

Another essential component of odor control after water damage is air movement. Proper ventilation and use of fans remove fumes, vapors, and lingering water damage odors from structures and contents, including carpet and pad. Devices like industrial-grade air movers can move 1,000 to over 3,000 cubic feet of air per minute. Air movement this powerful can leave a water-damaged home treated with ULV fogging tools feeling clean and fresh after 40 exchanges of air.

SERVPRO of Jacksonville South is proud to support the community 24/7 with Faster To Any Size Disaster service. Homeowners in need of rapid-response cleanup and restoration can call (904) 762-8066 to begin the process.