What Happens During Fire Damage in South Jacksonville? 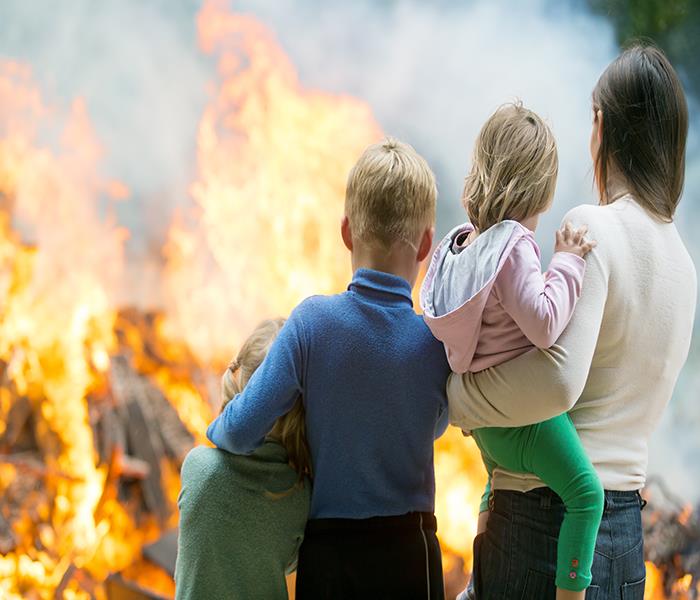 Unfortunately, fires can occur out of nowhere and for no true obvious reasons.

What Happens During Fire Damage?

Fires are a lot more common around the world than you might think. Most people assume that fires just won't happen to them and their homes, expecting it to be something that just happens to other people. Unfortunately, fires can occur out of nowhere and for no true obvious reasons. You might leave a candle lit in the home that gets knocked over while you're out shopping. You might have a faulty electrical line that is continually sparking and eventually catches fire. Heating and even air conditioning systems can overheat and cause a fire over time. As you can see, there are tons of different reasons why a fire could be possible in your home.

When you actually deal with a fire and its eventually South Jacksonville fire damage, there are a lot of things involved. During the actual fire, walls and ceilings can become severely damaged because of the flames. Anything in the home that isn't metal or solid in anyway could melt because of the extreme heat of the flames. Also, when the fire is being put out, water damage could be present along with fire damage, making the entire home practically uninhabitable for the people who once lived there.

After the fire is completely put out, this is when you can assess and evaluate the true extent of the actual fire damage. You will probably notice a burning or ash smell in the air because of the soot and ash that the flames happen to leave off. Some of this odor could also be caused by wood in the home burning, such as the beams and furniture that are present. You may also notice a dampness that is caused by the fire being put out by professional firefighters. While using water is the absolute best way to get rid of a massive Neptune Beach house fire, it can easily leave the home more damaged than it was before.

Living in a home that has dealt with massive fire damage in Neptune Beach is dangerous because of the odors, soot and ash that is constantly in the air. When water damage is present, you may also begin to notice a massive mold problem that will need to be dealt with all on its own. Professional Neptune Beach fire damage companies are experienced with getting rid of these problems and restoring your home as good as new. They can also test the levels of carbon monoxide in the air, since this is an odorless fume that smoke lets off during a fire.

Living in a clean, safe and comfortable home after a fire has ravished it can be difficult, but hiring a company to do the entire cleanup for you is the best way to go. They can assess the damage that has been caused by both the fire and the water that was used to put out the fire. From there, they can give you recommendations on what should be done in order to remedy the problem and get your home livable again for you and your family.

We understand that smoke and fire damage is both devastating and disruptive to your family or business. SERVPRO of Jacksonville South Professionals respond quickly to repair fire, smoke, and soot damage, including: